How to complain about an airline the RIGHT way?

Airlines do their best to convince customers they are their number one concern, but it doesn’t always feel like that when something goes wrong. An issue could occur before, during or even after the flight – such as when dealing with the nightmare of trying to reclaim luggage.

When something goes wrong, it’s usually fairly significant. Passengers are often keeping to tight time schedules, which could affect raises and promotions, or even result in a missed job opportunity. Alternatively, someone on a flight may have missed a small window of opportunity to see a family member, and so it is important that airlines know when they have done wrong.

How to write an airline complaint?

First step is to write down everything that happened to you on your flight or while you were dealing with the airline company. This can be noted down quickly. This step is simply to ensure you don’t forget the details of what happened, ready for when you sit down to compose your final complaint later on.

After you finished your complaint we advise you to send it to the company directly, but also report it on this platform. This way you have the biggest chance to have it resolved.

When should you complain about an Airline?

There are some situations that you may not want to complain about because it won’t be worth the time, or you may not get the response you desire.  For example, sending a complaint that your seat was uncomfortable will probably be overlooked and fall to the bottom of the pile.

The airline is unlikely to take your complaint seriously, as most airlines are getting thousands of emails like this on a daily basis.  However, anytime your airline experience puts your life in danger or ends up costing you money and time (such as losing out on a business deal, or missing an urgent medical appointment); it’s time to complain – and loudly. 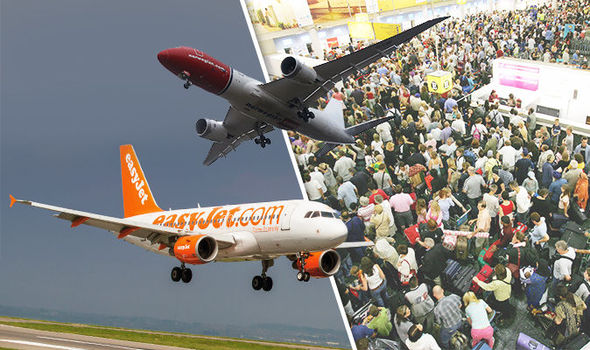 Why complain about an Airline?

This depends on the airline, the issue and how willing you are to keep pursuing it if you’re unable to reach a satisfying conclusion first time.  For serious issues, it is definitely worth sending that initial email. Beyond that, you will have to determine whether or not pursuing the matter is worth your time and effort.

Possible result of an Airline complaint

If your complaint is not dismissed, there are several things that may happen as a result of your communication:

Where complain about Airlines?

Besides complaining directly through an airline its own procedures, we also advise to file your complaint on our website. We make sure your complaint gets the attention it deserves, so the airline will act accordingly.

Only thing you will have to do is file your complaint.

Listed companies in the category Airlines: