How to complain about a restaurant the RIGHT way?

Restaurants are great places to enjoy fine dining experiences or celebrate special occasions with friends. However, sometimes things don’t go according to plan.

You may have had your night ruined by a rude member of the serving staff, or the food may not have been up to the standard expected of a restaurant charging the prices you paid. In worst case scenarios, you may have been served food that caused you serious health issues such as food poisoning.

Either way, you will likely want to file a restaurant complaint in order to let them know how they failed you. 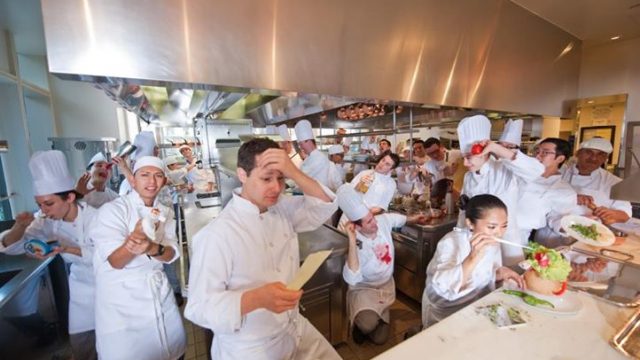 How to write a restaurant complaint?

If it’s apparent that you are possibly going to write a complaint about your experience at the restaurant, quickly note items down on your phone or other suitable device either during your evening there, or if not possible, immediately after leaving.

Failure to do so could mean that you forget key details that make your complaint much more valid. Therefore, it’s crucial to make notes whilst everything is still fresh in your mind.

Once you’ve finished composing your complaint, make sure to send it to the relevant email address of the restaurant. Don’t make the mistake of sending it to their bookings or sales team, as it will likely be ignored.

It’s also useful to post your complaint on our site, not only to make sure your complaint get taken seriously, but also to make fellow guests aware of the issues you faced.

When should you complain about a restaurant?

What many people see as reason to file a complaint about a restaurant should often have been dealt with during the meal. For example, if a steak has not been cooked long enough in your opinion, you should send it back and give the restaurant the chance to make it right.

This is similar for instances such as corked wine or missing items from your order. Highlight the issues, and allow the restaurant staff to put it right.

However, there are many instances where you should definitely make a complaint such as:

This small list doesn’t encompass everything that you should rightfully initiate a complaint about, however it gives you an idea of what is and isn’t acceptable to complain about.

Why complain about a restaurant?

Writing a complaint may not be the most exhilarating activity of all time, but it can be an important way of letting a restaurant know about potentially serious issues that need to be addressed immediately.

This is particularly the case with dining experiences that resulted in illness due to poor health and hygiene standards. In some cases, you may be looking to even file a lawsuit against them and an official complaint may act as the first stage of that process.

In the case of dealing with rude, difficult or abusive staff members, you give the restaurant management the evidence they require to fire the offending employee. Due to employment laws designed to protect employees from bad business practices, it can be difficult to fire an employee without solid evidence of wrongdoing. It may be they are aware of the problem but before your written evidence, they could not take any meaningful action.

Alternatively, they may have been completely unaware of the issues with their staff, and your complaint will give them to opportunity to implement training to make sure it doesn’t affect any other diners moving forward.

As just mentioned, it may the case that a restaurant re-trains their staff in order to make sure no other customer experiences the same treatment you did. You may be offered a complete refund for your meal (sometimes including drinks too), or compensated in the form of a voucher up to the value of your previous spend.

This is increasingly becoming popular as restaurants want the opportunity to put whatever went wrong right. They recognize that a diner that has a complaint successfully resolved is likely to be a more loyal, and spend more, than a traditional customer.

Whatever the nature of your complaint you are likely to receive an apology in one form or another, unless the restaurant has really poor standards of basic customer service (which is a reason to complain in of itself).

Where to complain about a restaurant?

It is important to give your incident the publicity it deserves. Restaurants will come sooner into action if you create a buzz around your complaint. D

File you complaint here, and we’ll help you get the attention that your complaint deserves!

Listed companies in the category Restaurants: