I’m after some advice on how to pursue my complaint.
I am a local resident, currently working for Iceland as Store manager, worked in retail for over 25 years as Store manager.
My wife Roksana Ali worked in your branch as Customer Shopper in the past for about 2 years before taking on her career. We always shop in Tesco,
Last Friday 4th Nov.
I went into a Tesco Bar Hill branch with my wife and 6 year old daughter to purchase some sauces and snacks before going to watch Fireworks Display. We’ve done the shopping paid and gone out only to realise forgot to buy snacks, so wife went to pick up snacks and I was waiting outside for her as I waited over 10 minutes, I felt cold so decided to go in and may be buy some Cigarettes from Kiosk while I was waiting bear in mind I had the shopping with me, put them in small trolly and left the trolley by the security podium informed 1 of the 2 of your colleagues was there at that time, I went and got my Cigarettes and tried to take my trolley out my trolley locked, as I was struggling with by the entrance security guard Name given Marko requested me to see the receipt so I said my wife’s got it and she went in to get some snacks, then I asked why are you asking me for a receipt? He didn’t make any sense when he said it sets an alarm and we have right to ask for receipt, whilst all this happing, there were other passing by customers overhearing what’s going on, at this point I was feeling the humiliation getting red, at that point I got my phone out and tried to show him the Apple Pay which may show the timeline, and he could review the cctv to , I also asked what happens to people who don’t take receipt? I also reminded him again that In order to detain me , the store has to have a probable and reasonable cause (through evidence such as surveillance video, observations of employeescustomers, statements made by the suspect, the location of the stolen property, its condition, etc.). They have to actually see me take the item and put it in your hand or conceal it, and carry it away from its location and depart the store or walk towards the exit with the item concealed, I than refused to speak to him as I felt that he could have dealt with it better than that, I then walked up to self checkout and asked to speak to Duty Manager but your Duty manager didn’t have a time for an Asian customer who’s been stopped for shoplifting, sent one of your colleague named Jordan, guy was polite but robotic explaining to me that trolley stops and showing me your plaque by the door, and he asked me how I would have dealt with it, I even said to him if I see an item which is merely £7 worth I would carefully choose my words and approach the customer without causing a scene and without offending the customer, an example I’ve given that I would ask “ are these item need to be paid for, if the customer claims no they’ve been paid for I would take their word for it as the risk is greater compared to the £7, anyway by that time my wife’s was back with the receipt and showed the guy receipts and I also ask where the duty manager was I was told he was busy so sent him instead, I found that this incident could have been dealt with differently, as a result I suffered from anxiety and what supposedly a good time with my kids at fireworks, turned into nightmare, and it really effected me psychologically.
I believe my civili right has been violated due to this Unfair Stop, my dignity was not respected, and I have protective characteristic, I also believe security guard wouldn’t have stopped me if was colleague of that Tesco even so we know in retail there are higher percentage of internal theft than external, I also felt I was targeted as a result of stereotype behaviour practices among your colleague, you might not agree with me but, its always matters the way one perceives it from the receiving end.
I am thinking of legal proceedings and local media, however it’s only fair to give you the opportunity to address this incident first before I take further steps.
My expectation as follows:
full investigation into this matter
Results outcome apology
Your steps to fix this so it never happens again
Thank you in advance for your cooperation, as well as for the service you have provided to us in the past.
I look forward to hear from you

Need to get an apology and compensation 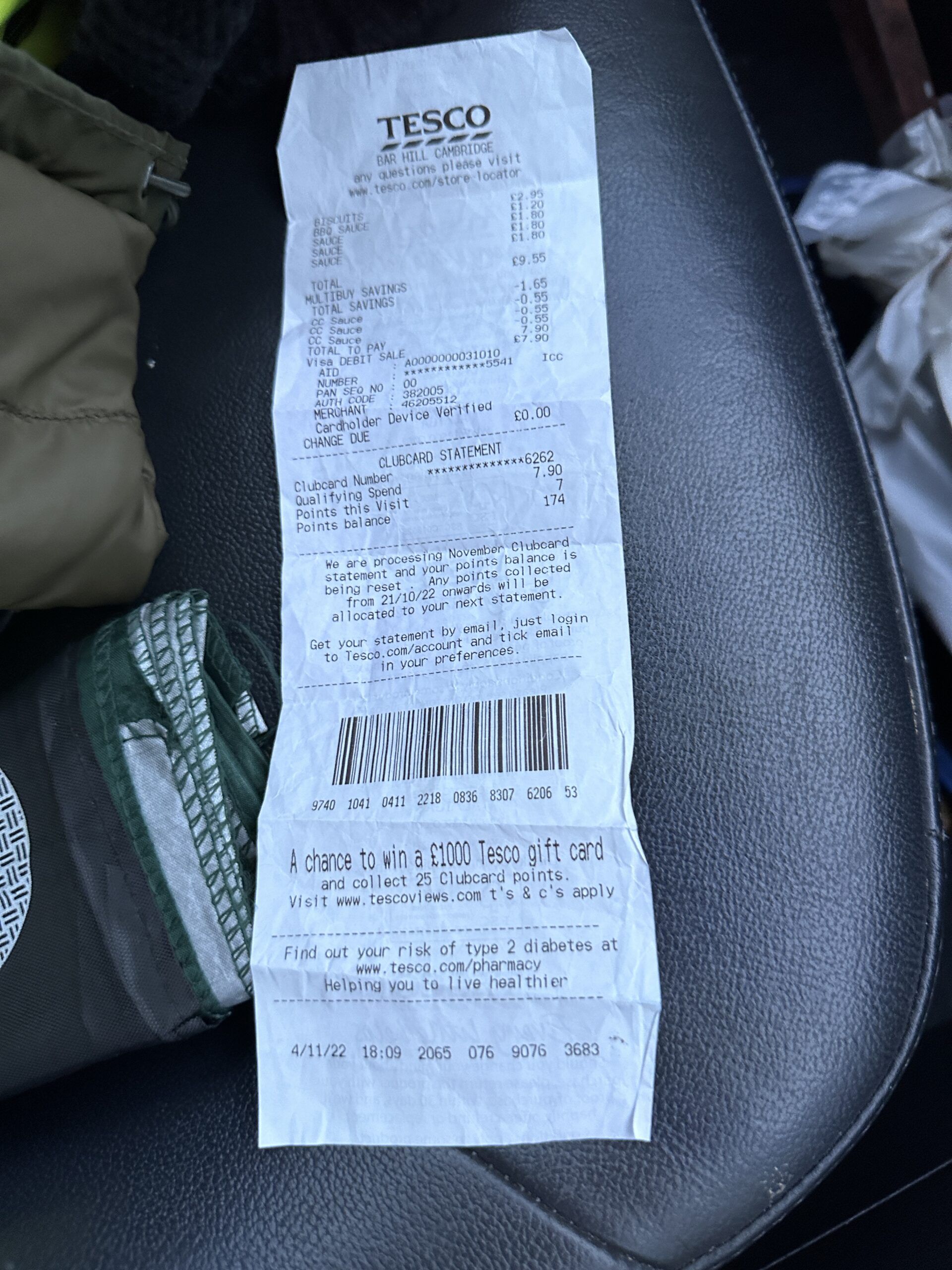