Opeoluwa on 15 January 2023 about WestJet in category Airlines

I booked a flight with WestJet to fly from Winnipeg to Montreal on December 29, 2022, by 8:30 am. I got to the airport by 7:05 am and was attended to by 8:05. My bag was already checked in and the flight attendant that attended to me stated that she couldn’t proceed with printing my ticket because I was removed from boarding. I requested to speak with the supervisor by the name LISA. The supervisor told me that the action of the removal from boarding was performed by the airline because they noticed that I wouldn’t be able to meet my connecting flight from Toronto to Montreal. She further stated that I should expect an email for re-accommodation from the airline within 1 to 2 days. I called the airline and was told that I can not be re-accommodated because I missed my flight. This was not the agreement between the supervisor and me. I have to book another flight so that I can resume back to school.

I would like to be refunded for the extra fare I paid to book for another airline. 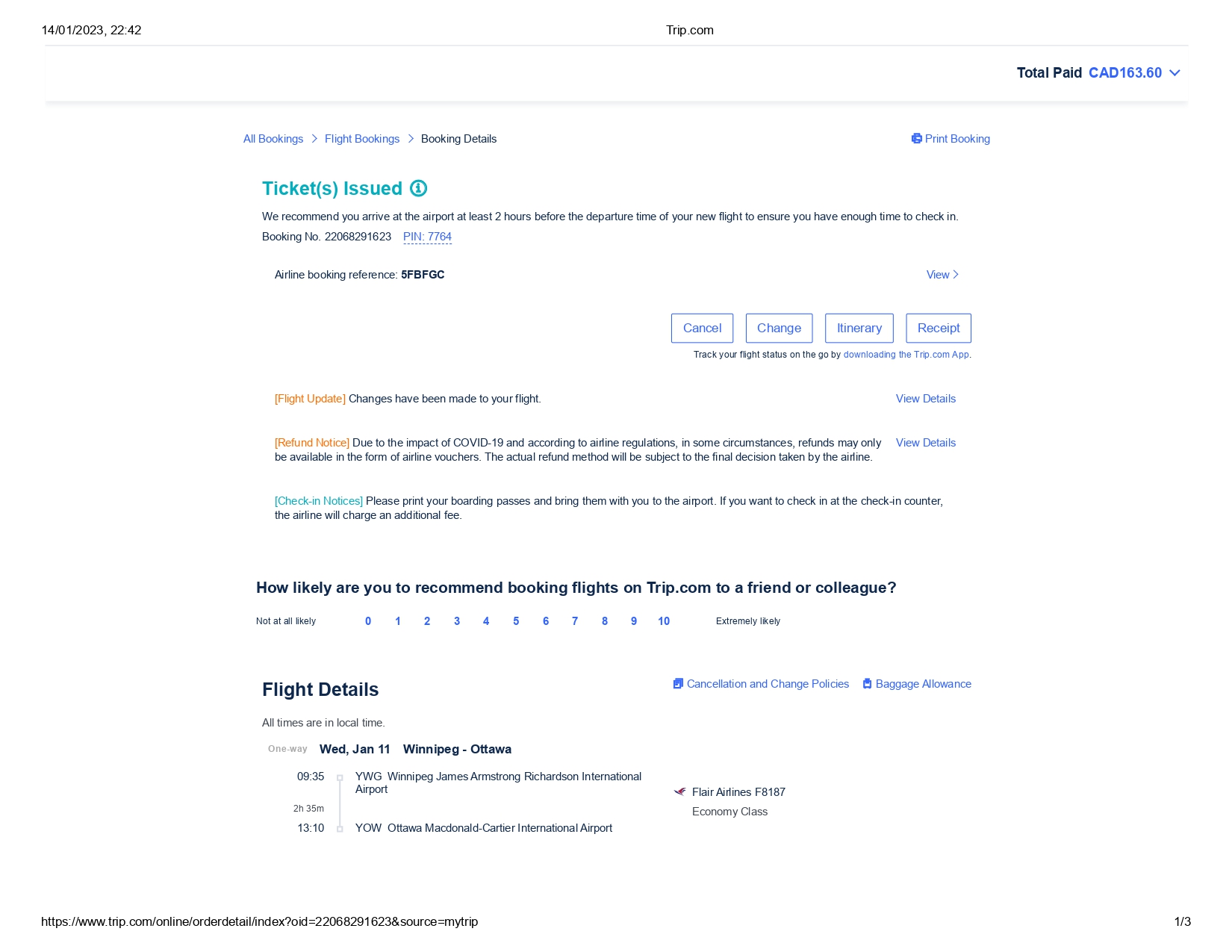