McDonalds complaint: Assault to my senior citizens mother and my own person.

Well after three consecutive visits to the same McDonald’s location the manager took it upon herself to single my mother and I out because my mother had complained about some food they had messed up the week prior. And therefore your managers behavior escalated because she recognized my mother and I when we came back into the store and she messed up our entire next order intentionally. And then on the third visit we didn’t even bother going into the store we went through the drive-thru once again upon the manager recognizing my mother and I she threw our food out the window and all over my mother and in the car didn’t even give her a chance to reach out and grab the food as normal. This is not only an insult but it’s also racial discrimination it’s also elder abuse and it’s also assault among a number of other things. Now I have collected all the evidence necessary to turn over to a lawyer and proceed with our complaints if not our suit against your company. Now we’re not an unreasonable family we understand that people have bad days from time to time but the simple fact is the treatment that my mother and I received was completely uncalled for it was degrading and demeaning, and therefore cause damage to my mother’s clothing and vehicle not to mention it took a toll on her psyche. A woman who spent her entire professional career helping and saving other people’s lives should be able to order her lunch with her son without having bags of food thrown in her face. I would like to assume that there’s some sort of logical and fairway to resolve these issues but like I said the last three times in a row so we came to your store your manager’s behavior has escalated to the point that we are being alienated we are being racially discriminated against and we’re being assaulted in your drive-thru. If it’s not too much trouble would you please contact myself Steven Brewer so that maybe we can come to some type of fair resolution. I expect to hear from someone and management who has the ability to resolve this problem in a timely manner we will be expecting your call on Monday. And if we have not then we will proceed to the next steps we must take to have these problems resolved.

Well first of all I believe having a competent and qualified store manager would alleviate most if not all former and future complaints. Secondly I think I'm more extensive training program but also minimize complaints and also increase the quality of your stores production. And third of all I believe that some form of compensation might dissuade my mother and I from pursuing legal action. And finally I would like to speak to someone in the corporate or district level who has the ability to resolve the ongoing issues that I brought to your attention. Given the circumstances I'm not inclined to wait for too long before my lawyer and my media team decide to expose the unsatisfactory treatment being offered to your local senior citizens and retired vets. With all due respect please acknowledge that this is a very serious complaint, and not simply an allegation because I've collected my own evidence to prove every last thing I've stated and also you have security cameras which can also substantiate each and every one of my claims, and also you have employees which were standing right next to the manager when it all happened and can substantiate everything that I brought to your attention. Please respond and a timely manner I will be awaiting your call. Thanks again Steven Brewer, my cell is 601-227-6712, I will be awaiting your response thank you and have a good weekend. 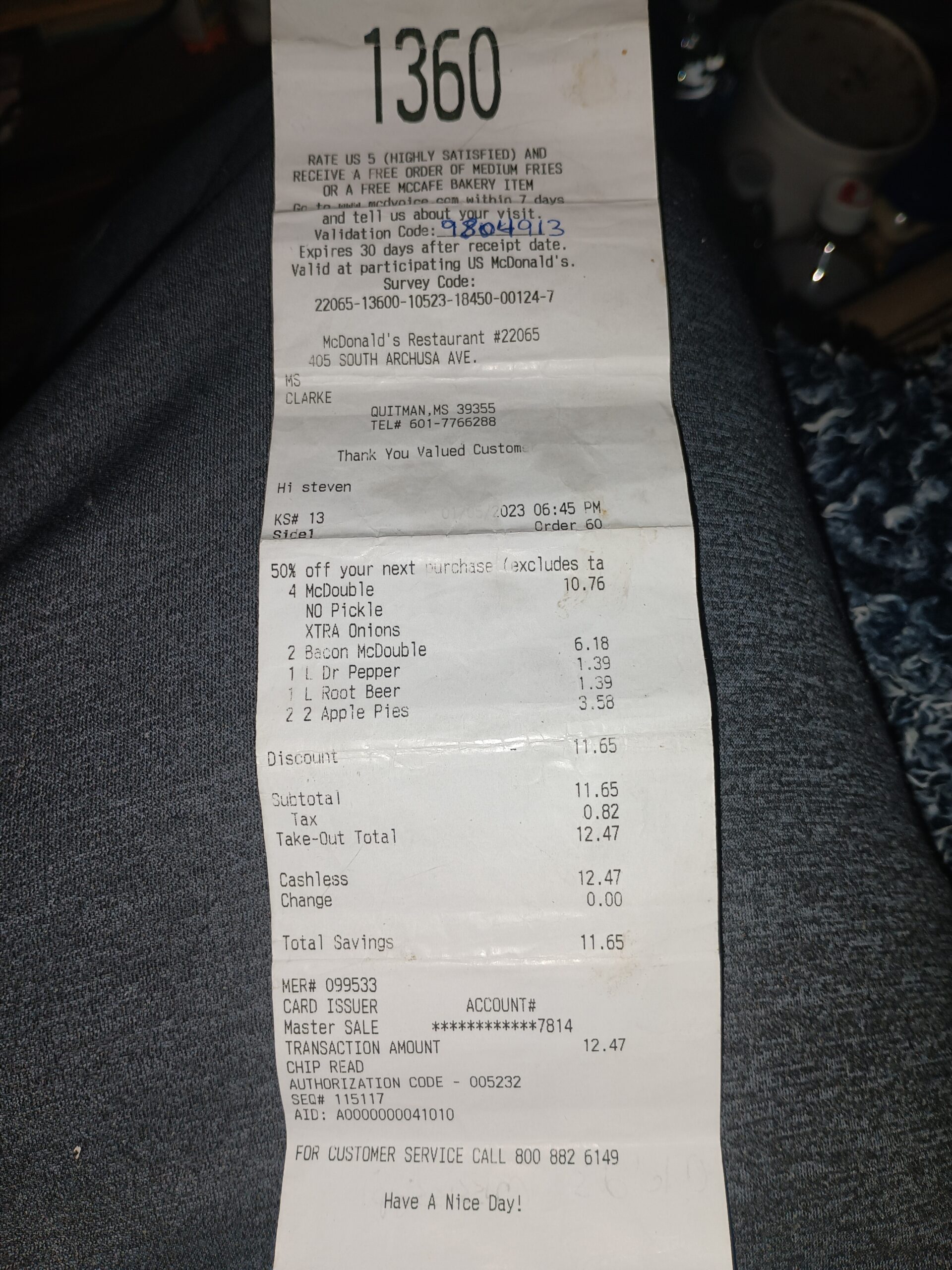